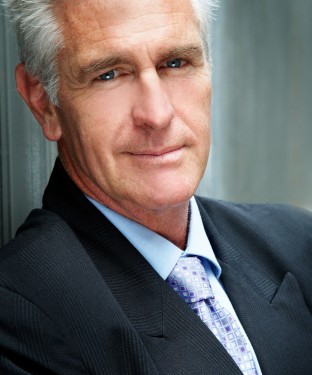 Alan Lovell is a Sydney-based actor who has appeared in feature films such as “Russian Doll”, “Siam Sunset”, “Mission Impossible” and recently in the Kiwi film “Separation City” playing Joel Edgerton’s hilarious boss. Again playing opposite Joel Edgerton this time as his father – in a new drama from Blue Tongue Films called “Wish You Were Here”.  TV credits include  “Stingers”, “Water Rats”, “All Saints” and “The Comedy Company”. Alan did a four month stint on “Home and Away” playing Colleen’s love interest while selling marijuana on the side – just another day in Summer Bay.

Alan has performed in several theatre productions including performances at National Institute of Dramatic Art and many other theatres across Australia. Alan has also worked as a stand up comic. He has written, directed and performed three solo performances for the stage. “Al of Africa” was a show based on his experiences during his three-month shoot of “Gorilla’s in the Mist” with Sigourney Weaver and a bunch of gorillas. “Al of Africa” was performed at the Universal Theatre in Melbourne as part of the Melbourne International Comedy festival. “Tales of a Transient Alien” was a show about Alan’s experiences being deported from America. ‘Tales’ was performed at the Stables Theatre Sydney. “Six Months to Live”, Alan’s third show was about him being diagnosed with bowel cancer and his struggles with the disease. The show was commissioned by the ABC for their show “The Smallest Room in the House”. Later, Alan rewrote the show and performed it live at The Rattlesnake Theatre in Sydney as a play with music. Alan wrote and directed “The Kiss” which won best comedy at the prestigious Tropfest Short Film Festival and went on to win the Melbourne Comedy Short Film Festival. Alan wrote and directed several theatre productions for schools and he produced the highly acclaimed short film “Gifted”. He has written for “The Good Weekend”, the national Australian supplement for the Weekend Sydney Morning Herald.