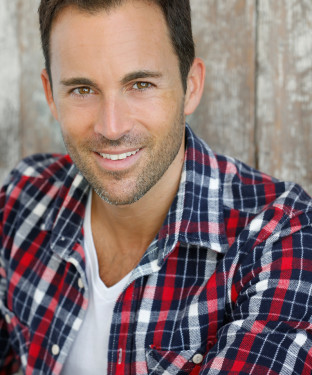 “Bongiorno, who makes the entire audience feel as if he’s addressing us individually, is a star on the ascendant” – David C. Nichols, LA Times

“I’m not a big fan of awards in theatre, but I’d be willing to make an exception for Andrew Bongiorno. It’s a huge role, the equivalent of running a marathon, with only a few moments off stage. Mr. Bongiorno not only sings and dances up a storm and acts convincingly, but also projects a tremendous likability throughout. He captures the essence of Peter Allen… It’s a bravura performance, and deserves the standing ovation I’m sure he’ll get at every show.” –Dan Berkowitz, Los Angeles Post

Los Angeles Drama Critics Circle Award & Ovation Award recipient, Andrew Bongiorno, started his career at 13 in Australia & was subsequently recognized as “Best Under Sixteen Actor” at the Guild Awards. By seventeen he’d been named by the Shakespearean Globe Centre as “Young Shakespearean Artist of the Year” for the second consecutive year. As a result of his achievements in the arts, Andrew was nominated for a “Young Australian of the Year” award. A year later, Andrew was accepted into the prestigious Western Australian Academy of Performing Arts (WAAPA)… alumni include Hugh Jackman & Frances O’Connor. Finishing this three-year intensive degree, Andrew went on to receive his first “Greenroom” award for his work on Sam Mendes’ production of “Cabaret”. Having since lived in Sydney, London, Melbourne & Los Angeles, Andrew has shot numerous roles in feature films & TV for some of the biggest studios in the world (Ben Affleck’s “Live By Night”, Simon Wincer’s “The Cup”, “Narcos” for Netfilx, “NCIS” for CBS, “Lethal Weapon” for Warner Bros, “Mistresses” for Disney, etc…)
Off the bat of working extensively with the Australian Shakespeare Co., highlights from Andrew’s theatre career include performing the lead in the world premiere of “The Red and the Black”, for which he received critical acclaim: “… a theatrical triumph… Bongiorno surfs on tides of self-deprecation. It’s a fabulous performance that ripples with intelligence, sensuality, and rakish charm, underscored by a current of social paranoia.” – Cameron Woodhead, “The Age”. The critical acclaim continued when Andrew portrayed the lead role of Peter Allen in “The Boy From Oz” for which Los Angeles Times critic, David C. Nichols, wrote, “Bongiorno, who makes the entire audience feel as if he’s addressing us individually, is a star on the ascendant…” after fleeing the situation in the USA, Andrew is now hiding from Covid in his native rural Australia until either a vaccine is found or the whole world starts wearing masks… whichever comes first.
​www.imdb.me/andrewbongiorno