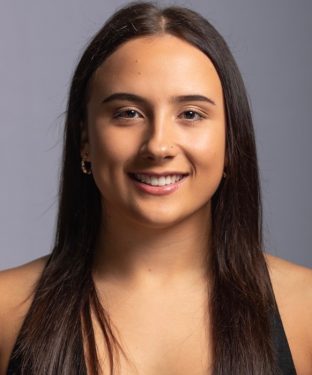 Bronte Monger began her training in singing, acting and all styles of dance at The Performance Studio at the age of 2. She has had numerous performance and training experiences such as The Candyman with Wayne Scott Kermond, The Parramatta Mission Ball, The Giant Steps Gala Ball, as well as completing her Intermediate Foundation/Intermediate RAD Ballet Examinations and receiving the senior scholarship at the Raw Motion Dance Convention in 2018.

In 2021 Bronte completed a Certificate IV at Ettingshausens Pro where she furthered her training and knowledge in all elements of the performing arts. Bronte is currently training with the Dream Dance Pro Series and Brent Street Pro Series and recently filmed a TVC for The Voice. Bronte also featured in the ‘Unfinished Business The Musical’ earlier this year.

Bronte is currently tutoring dance at the The Performance Studio, Northmead.