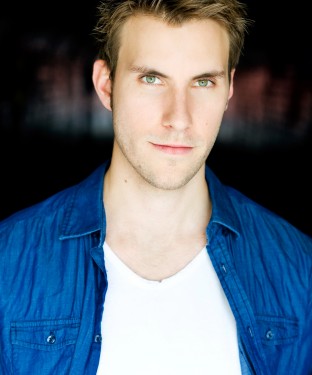 Byron Haiduczok originally from Miami, USA discovered his passion for acting while at school in Brisbane Australia. After completing a degree in Economics at QUT and a short stint in the Royal Australian Air force Reserves, he applied to the Western Australian Academy of Performing Arts (WAAPA) to pursue his passion. In his three years of training Byron has played various roles including; Davo in Nick Enrights’ Blackrock, Prince of Morocco in Shakespeare’s, Merchant of Venice, Johan Tonnesen in Henrik Ibsen The Pillars of Society, Sheriff Porkorney/Prosecutor in D.B.C. Pierre’s Vernon God Little, Reverend Parris in Arthur Millers The Crucible and Nick Bottom in Shakespeare’s A Midsummer nights Dream. Byron has acted in various short films including ‘Alan wants a Baby’. Whilst at WAAPA, Byron won the Finlay award in his second year, awarded to the student who has made the most progress during the course.