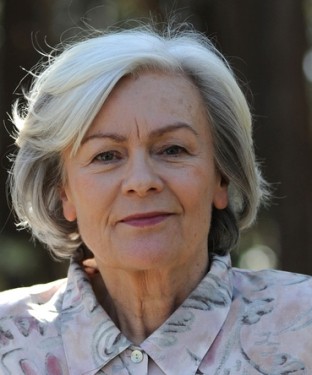 Fiona was born in Kent, England to an Irish mother and an Australian surgeon father. At three she moved with her family to Hong Kong and then at six she moved to Australia.

She decided at the comparatively late age of 27 to embark on an acting career. She studied Drama at the New South Wales University and is a graduate of the Independent Theatre School of Drama.

Fiona won the role of Vera Bennett, the hard bitten warder, in PRISONER. A role she played for three years and for which she was nominated for a Penguin Industry Award.

Her other television appearances include the Mini-series I CAN JUMP PUDDLES and WOMEN OF THE SUN and series HOME, COP SHOP, THE FAST LANE, ACROPOLIS NOW, LAW OF THE LAND and FEDS.

Subsequent stage appearances were in HURLY BURLY with the Melbourne Theatre Company; LYSISTRATA, MUMS, THE ANNIVERSARY, THE TIGER and Christmas pantomimes HANSEL AND GRETEL and CINDERELLA.

Fiona also worked in radio and taught Drama to children. In 1985, Fiona returned to Monash University in Melbourne to do her Arts Degree, but this was interrupted when she gained the role of Celia Stewart in the series HOME AND AWAY; a role she has reprised since 2000. Seven Network series PACKED TO THE RAFTERS recently engaged Fiona in the role of Eleanor.