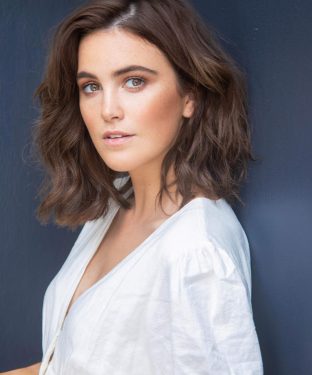 Madeleine Russell is an Sydney-based actor. Since graduating from Charles Sturt University with a Bachelor of Stage and Screen (majoring in acting), she has starred in films such as ‘Undergraduate’, ‘3, 2, Gone’, ‘Debutante Ball’, ‘Ridgewood River’ and ‘Undertow’. She has also featured in theatrical productions such as ‘The Last Taboo’, ‘Confessions of a Serial Killer’, ‘Tales of the Arabian Nights’, ‘PWND’ and ‘A Midsummer Night’s Dream’. Madeleine was awarded Best Lead Actress at the Bloodfest Film Competition for her performance as Em in ‘Horror Movie II’.