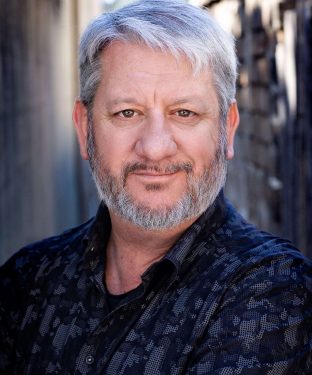 PJ Williams is a Sydney-based actor with a myriad of credits from throughout his career. PJ has appeared on-screen in films such as ‘Children of The Revolution’, ‘Jindabyne’ and ‘Joe Cinque’s Consolation’, as well as television series like ‘Home and Away’, ‘Tricky Business’, ‘All Saints’, ‘SNOBS’ and ‘Always Greener’. You may recognise PJ from is recent TVC campaign for Nescafe.

PJ also has a storied career on stage, starring in theatrical productions such as ‘A Doll’s House Part 2’, ‘Twelfth Night’, ‘The Faithful Servant’, ‘Heart of a Dog’, ‘Under Milk Wood and ‘The Read Shoe’. PJ has received two Canberra Critics Circle Awards for his performances as Raymon in ‘The Chain Bridge’ and Aksentii Propishchin in ‘Diary of a Madman’, as well as the MEAA Equity ACT Green Room Award for Professional Practice.